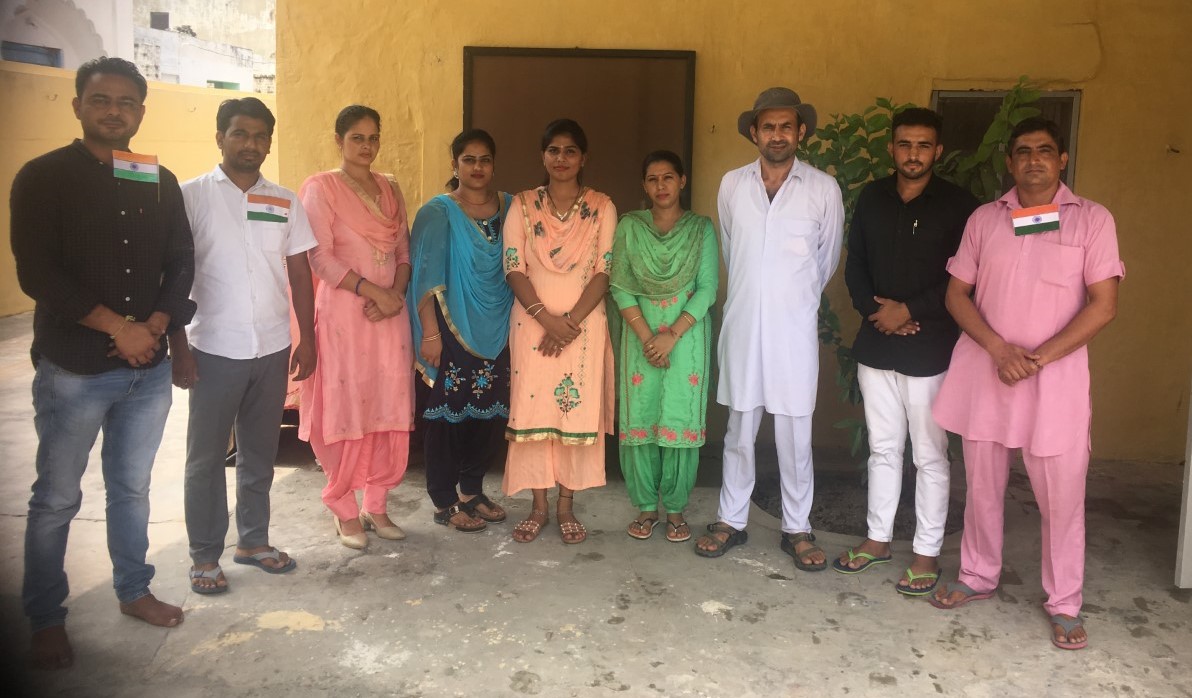 "Never doubt that a small group of thoughtful, committed citizens
can change the world. Indeed, it is the only thing that ever has"
-MARGARET MEAD

Parminder has led several whole school transformation projects with varying challenges and complexities, including one at The Heritage School, Gurgaon. In his work with schools, he has played the role of a learning designer, teacher mentor and a change leader. Almost a decade ago, inspired by Gandhian principles of workcentered education i.e. how we can use productive works from the local context of the child as medium of teaching and learning, he founded Disha India Education Foundation. He believes that true education is one that liberates the learner. Parminder is also a long distance runner and a farmer.

Madan Mohanka is the Chairman of MM Group of Industries, which is the pioneer in bringing new technologies used in the mining, material handling and mineral processing industry. Tega Industries Ltd, the Flagship Company, that enjoys a great brand image in the mining sector all over the world. Madan is a Civil Engineer from BITs, Ranchi and a '67 batch MBA from IIM, Ahmedabad. A strong believer in investing in people, Madan is involved in various social service activities for the education and development of the underprivileged. Madan has received various awards for his technological, entrepreneurial and philanthropic contributions to the society.

With social transformation as his mission, education as his passion and the civil service (IAS, 1961-1997) as his source of livelihood, Sharad C. Behar has been simultaneously engaged in administration, activism and academics. He held important positions in the educational hierarchy in the government before retiring as chief secretary of the state of Madhya Pradesh. Believing in the need for state-civil society collaboration, he facilitated the establishment of and became founder director of State Council of Educational Research and Training (SCERT), Madhya Pradesh and Eklavya. He is also the founder vice chancellor of Guru Ghasidas University, Bilaspur, now a Central University. He was vice chancellor of Makhanlal Chaturvedi National University of Journalism, Bhopal. The three converging domains of his life have enabled him to play the role of an activist and academic within government administration. Also, a civil society ativist, he has been intimately involved with several social and people’s movements in India.

Ashish is an experienced and passionate outdoor facilitator. He has been working with children of all age groups on various outdoor expeditions for last 16 years. He has also created, developed and executed curriculum and outdoor learning programs for children. Some of the programmes that he has developed are Ganga Ek Antaryatra, Green School programs and studying the villages. He truly believes that education is about sharing of knowledge and wisdom that enables young people to contribute positively to the process of sustaining and developing the human world. He works with National Centre for Biological Sciences, Banglore.

Hema is an educator by choice. With more than 25 years of mentoring, English Language Teaching has been her main domain. In her journey through various educational institutions and a two year stint in the corporate sector, she has seen how skewed the approach to English as a language is - at levels of sentiments, mind-sets, and, policies and their implementation. Beyond her work Hema loves the outdoors – high altitude trekking being one of her fondest memories. Simply walking or spending time in the hills of her home states of Meghalaya and now Uttarakhand, is what she naturally gravitates to. At present Hema works with Disha India on designing a curriculum for language development through learning expeditions and is playing an important role in designing Disha India’s community school.

Sameer has done his Masters in Environmental Studies from University of Delhi with specialization in Nature Education and Wildlife studies. As part of CEMDE, University of Delhi, he worked as a Nature Education Officer for four years at Yamuna Biodiversity Park. His work involved conducting environment awareness program for teachers and students, surveying and monitoring biodiversity, monitoring nesting ecology of different birds’ species, managing the butterfly conservatory and grasslands, etc. He has also worked as a field research at Narsinghgarh wildlife sanctuary in Madhya Pradesh. His areas of expertise are Environmental Education & Awareness, Conservation & Research, Biodiversity Assessment & Basic Data Analysis. Currently he is pursuing PhD from Wildlife Institute of India, Dehradun. His area of field research is the valuation of ecosystem services at Harike Wildlife Sanctuary, Punjab

Having worked as a freelancer for the last five years in the field of adventure tourism, team building and personality development programs with different companies, Abhishek is now with Disha India education Foundation as an Outbound Learning Coordinator. Abhishek has a National Cadet Corps ‘C’ certificate with an A grade and was adjudged the best junior officer in 2014-2015 and the best training officer in 2015. Good at sports Abhishek is also an experienced trekker and organiser of adventure sports. Curiosity to know new things, he has a never ending zeal to explore new horizons with a dedicated sportsmanship spirit. Abhishek is a quick learner, is an extremely dogged worker, and has a very positive attitude. His ability to adapt to new and challenging situations quickly is his asset as is also his forthrightness. Abhishek has a strong sensitivity towards environmental concerns of the present world. He sees himself as channelizing his energy, knowledge and expertise toward the betterment of Self and Society

Jahar Saha did his Bachelors in Statistics and Masters in Statistics from Indian Statistical Institute and MS & Ph D from Case Western Reserve University, Cleveland, Ohio USA. His academic career began in 1965 at the Indian Institute of Management, Ahmedabad and he retired from there in December 2005. He was a Research Assistant and over time became a Professor and also Director of the institute for one term of five years. He has taught in the US and Canada as a Visiting Faculty. 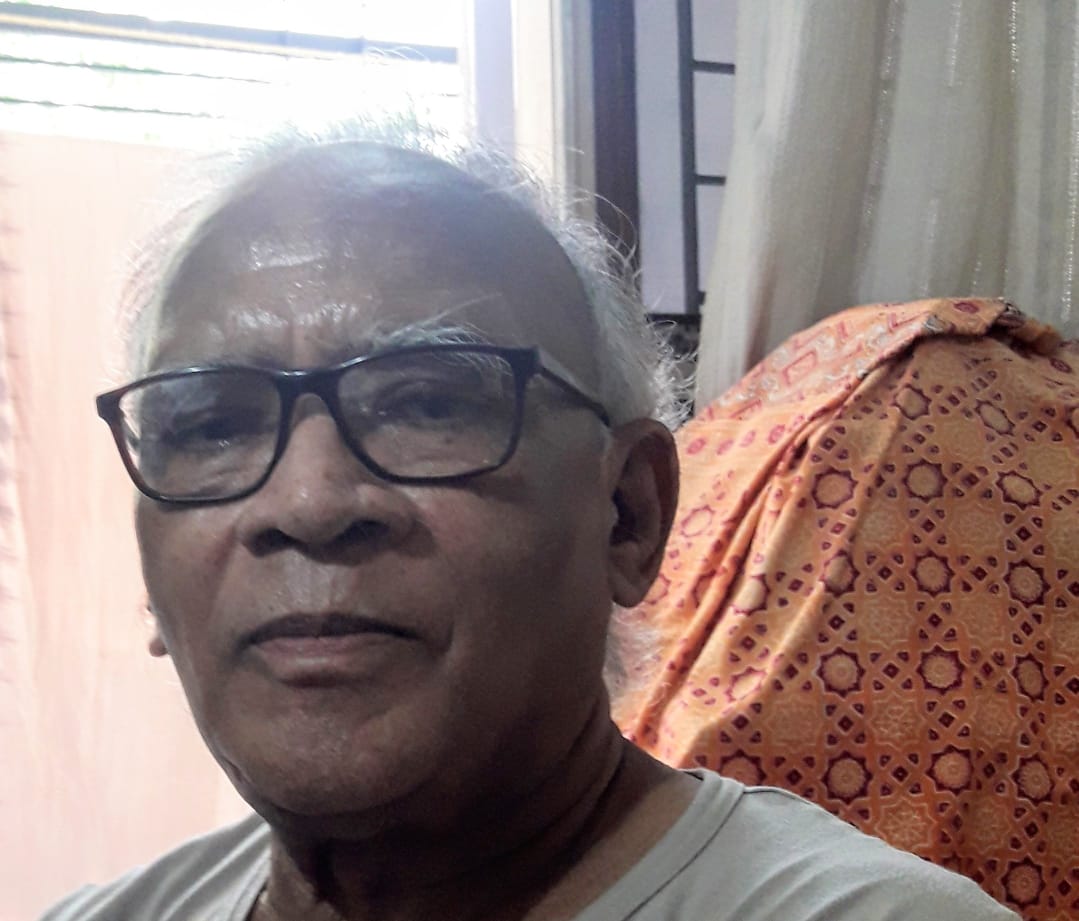 Maryam Siddiqui, a theater enthusiast and social worker. A postgraduate in Social Work, she has been working actively with different groups of the society specially children and youth. Associated with programs involving psychosocial growth of the youth through various mediums of learning and growing, Maryam has been a part of the theater arena for more than seven years now. She has performed, directed and assisted several stage and street plays. She enjoys reading books and exploring the world through traveling.

Anurag plays an important role in KHOJ outbound expeditions by doing the research and helping out with design. He found his true passion after attending the Basic Mountaineering Course at Nehru Institute of Mountaineering, Uttarkashi. He is a NOLS qualified wilderness first aid responder, and is also adept at handling the administration and logistics at Disha India.